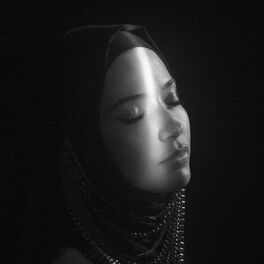 Meryem Aboulouafa is a singer songwriter from Casablanca, Morocco, newly signed to Animal 63. After a few refining sessions of her first batch of songs with Keren Ann, she took on the challenge to create an album deeply rooted in solid musical craft, emotional finesse and contemporary sonic visions with the help of producers and musicians Para One and Ojard. During many back and forth trips between her hometown and Paris, she, and the producers with her, pushed their boundaries, designing an album where her voice is at the very centre. Her voice, in a technical and musical sense, but also her voice as a modern Moroccan woman, musician, believer and poet.