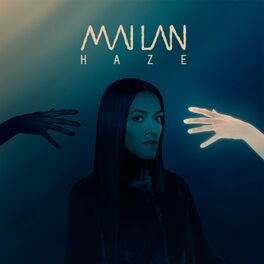 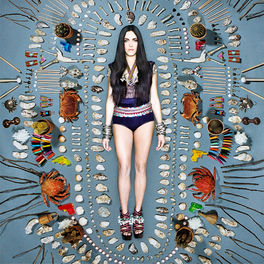 A new gift from France: Her name is Mai Lan Chapiron, and she’s a newish artist from Paris. Newish because if you’re French, you’ve probably heard of her. One of her early well-publicized stunts was re-recording the most violent French rap song of all time and singing it like a folk lullaby. It’s the kind of thing a young Eminem would have done, but the reverse. Most recently, Mai Lan sang and co-wrote the four best songs on M83’s new album, including big single “Go!” which she performed on Jimmy Kimmel Live. If you missed that one, no worries! She's touring the world with M83 for a good chunk of 2016. Briefly: You should know that Mai Lan is absolutely, effortlessly beautiful. Equally, effortlessly eccentric too. It's a special balance. She gets messier, acts sillier, lets herself go faster. She’s not afraid to embarrass herself, because what she values is truth, and the truth is usually a little messy, a little silly, a little embarrassing.  What better place to get loose than New York? Mai Lan and her longtime collaborator Max Lebarthe spent a month last year working with Nick Sylvester, the American producer behind Shamir’s Ratchet (XL Recordings) and other outsider pop gems on his Godmode label. Rather than bridging their French-English gap, the three embraced it. A big chunk of Mai Lan’s solo album is in English, which is not her native tongue. Words that shouldn’t go together somehow do with her. In a song like “Technique,” you can actually hear how much fun Mai Lan’s having swimming in our words, firing off short percussive ones, contorting our diphthongs. In three minutes, Mai Lan changes what’s possible in a pop song. Mai Lan’s collaborator Max is right there with her. You can feel his presence most in party songs like “Dial My Number” or “Nail Polish” or “Pumper”: The brash vintage synths function less like musical bedding and more like supporting characters in “Mai Lan” the Broadway musical – shouting loudly, revving her up, setting her on the path to freedom. The lack of inhibition is infectious. We need artists like Mai Lan and Max because they give us permission to go crazy. On party songs alone, this music would already be a triumph – the best outsider pop album in a decade. But Mai Lan covers so much more emotional territory, and the music and melodies follow her whim with no trouble. Maybe it’s the French-doing-English thing again. But Mai hits on very specific emotions you’ve likely felt but never heard articulated. There’s a line in “Peru” about taking yoga to spite a former flame. Yes! Self-improvement is the sweetest revenge. Then there’s “Time To Fade”, a brutal song about aging. As the production warps and wobbles and slowly disintegrates, Mai Lan compares getting old to fresh blueberries spilling out onto the cement. Oof. Moisturize, folks!  Pardon my English, especially because with artists like Mai Lan, the words end up being kind of secondary. It’s all feeling. Not just what’s said but how it’s said, and whether you believe the person who’s saying it. You don’t need to know French or English or much of anything to believe in Mai Lan, or know what she wants us to feel. Happy. Free. A little more crazy. A little less alone. By Nick Sylvester