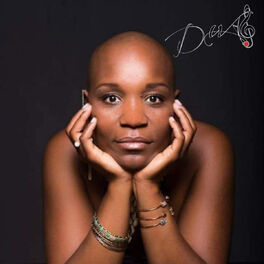 Can't Take My Mind off You

Berthe Tanwo Njole a.k a D-WA is a Jack-Of-All-Trades. She has been in the music and cinema industry for many years now. She has released an EP back in 2017 (Tout simplement je suis) and she is about to release her first album in English called Black Magic, in the Spring of 2021. Both projects have been supported by succesful crowdfunding campaigns. Alongside David Coeleone, they were Support Act for legendary Toots and the Maytals in 2018 and for Collective Ina De Yard in 2019 on the famous stage of the Olympia in Paris ! Actress for cinema and theatre as well as host for various International Film Festival in Belgium, she never seems to have enough. Curious, spontaneous and always up for new challenges, she feels complete when it comes to performance, acting or presenting an event. The stage is where she belongs.