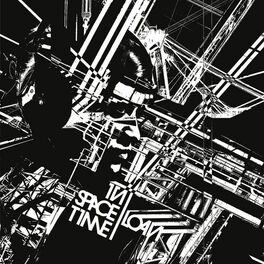 Any Way Any Where (Flight Music)

Maverick of the musical scene, Loan has imposed her unique style through several projects in both music, dance and video. Her intense music is built thanks an assiduous work on clean rhythm sections, atmospheres, echoes and textures and immerses us with both feet in a complex world steeped in deep-rooted darkness and mineral abrasivity. Fierce explorer of all open territories, her sound experimentations are so deep and diverse that she cannot be labelled: bass music, techno, dub, electronica… no matter the style, it's her own that naturally reveals itself. For more than 15 years an agitator of the French electronic music scene, this eclectic artist released an important number of Eps and a remarkable album in 2009 entitled Grigri Breakers (nominated at Qwartz - electronic music awards). She also takes part as composer or arranger on musical projects around the world (Arambol Experience in India, Tifock on the Reunion Island, Da Brains in Senegal, Dandy Freaks in France, Sisygambis on the silk road, Expedisound series in Mongolia, China, etc) Loan as a sincere dance fan, and constantly rethinking her relation to music, decided in 2012 to start producing and directing videos and short films on street dances. Her first video production came alive through the elegant Drop Circles with dancer Yaman Okur. This video was an immediate success : nominated at the Urban Films Festivals in 2012, the video was aired in numerous festivals and broadcasted on urban culture media (Paris Première, Canal +…). She releases a new limited edition of her album "Grigri Breakers" with remixes by Uzul, Clozee, Ficus, Hubwar, Otisto23 and Dragongaz but also takes part in several other projects (BEU EP, Unfamous Resistenza, Terre des Ours, Paris Dakar…) Her second album "In Space Time" coming out in 2015 involves many feats of the UK and US hip-hop scene (Juice Aleem, The Space Ape, Antipop Consortium, etc). This killer album will come along with a short film entitled "Quagma" showing off Dance with the hip hop dance RAF Crew. She also could convince the prodigious dancer and choreographer Kaori Ito to be part of the project: an unexpected encounter that will surely make the audience head spin… The short film edited in 3 parts relates different dance/music styles and universes. Albums, feats, remixes, short films on dance, films and documentaries music compositions… Loan is a reserved but highly creative artist who never stops to prove her essential presence in the French artistic scene. MORE INFO AT : WWW.LOANLIVESET.COM