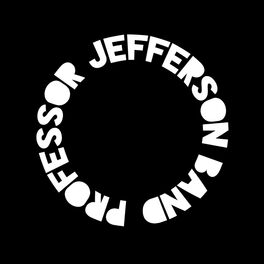 The Professor Jefferson Band (PJB) began in 2009 when the band’s frontman Jeff Cunningham was asked to write music and put together a band for a first grade reading event. So he did it, he loved it, and he has not quit writing children’s music since. It can be tough to recruit band members for each event, so he decided to grow a band. He taught his son Kai how to play drums, and then recruited fellow bandmates Brandon Wheeler (guitar/ukulele) and Steve Fowler (bass) to join in. Since then, they have played at many elementary schools, libraries, and other family friendly events. Over the years, teachers began requesting recordings of the PJB’s music, so Jeff decided to record the music and distribute it for anyone to listen to anytime they wanted. In 2018 they released the EP The Lab Mix, which was recorded using the Garageband software on a MacBook, Focusrite Scarlett 2i2 audio interface, and a Blue Yeti USB microphone. They released their first single “Photosynthesis” in January of 2021, and will have more music coming out later this year. Find out more about the Professor Jefferson Band at www.professorjeffersonband.net