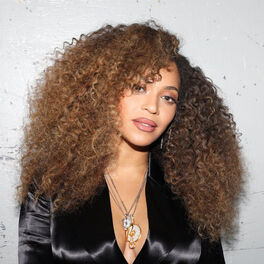 Above And Beyoncé Dance Mixes

The daughter of an African-American father and a Creole mother, Beyoncé won her first talent show singing John Lennon's Imagine at the age of seven and met LaTavia Roberson and Kelly Rowland at an audition the following year for a girl group that went on to become Girl's Tyme. Beyoncé's father took over the management and the group ultimately evolved into Destiny's Child in 1993. Four years later they were signed to Columbia and on their way to becoming the biggest-selling female group in the world - their powerful singing enhanced by sexy costumes, strong songwriting and striking choreography. Beyoncé was unquestionably the star and launched her debut solo album Dangerously In Love in 2003, including the massive international hit Crazy In Love, also featuring boyfriend (now husband) Jay-Z. Other albums B'Day (2006) and I Am... Sasha Fierce (2008) continued her reign of success while she added acting to her list of accomplishments, starring in the movie Dreamgirls (2006). In 2010 she won six Grammy Awards. Artist biography compiled by BDS/West 10. All rights reserved