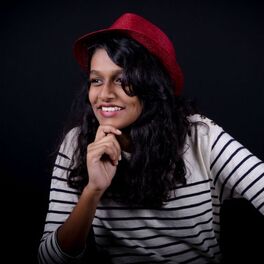 Firey and passionate singer/songwriter, performer, musician and composer, Heerraa’s original songs accompanied with her breathtaking powerful vocals leaves her songs running through your mind long after you’ve heard it. Having a passion and drive for music since the age of 5, Heerraa has performed regularly in the Malaysian music scene, progressing from open mics to her own featured shows and other guest appearances. Heerraa has released two singles to date, comprising of various versions of her original songs, The Victorious Project and Feeling Higher and is currently in the midst of producing her third single. Releasing her first music video at 17 years old, Victorious (Official Music Video) went on to get nominated for Best Digital Music Video at the Malaysian Digital Film Awards 2017, co-organized by Malaysian film board, FINAS. A purpose driven songwriter, Heerraa has written over 60 original songs and have performed at over 50 different venues in the past 18 months, performing at the French Appreciation Dinner at GK Enchanted Farm, Philippines; being the featured singer at the International Association of Volunteer Effort Asia Pacific Youth & Regional Conference 2017, at the ET Ideas Annual Awards over the past few years, as well as winning the Festival Director’s Award at Short + Sweet Song 2017 at Kuala Lumpur Performing Arts Center, an award presented by Dato’ Dr Faridah Merican, and also being a finalist in OneRepublic’s Voice Hunt Competition 2018. On her 18th birthday, Heerraa was featured in the Malaysian newspaper, Malay Mail, and Malay Mail Afternoon, for her outstanding music achievements at such a young age as well as her well-balanced personal life. Heerraa is a scholarship recipient at Nilai International School, achieving 6A* 1A in her IGCSEs. Heerraa has also been interviewed for CQ Magazine’s online podcast and magazine. Backed up by ET Ideas, an incubator that develops successful entrepreneurs and startups to step out of the system and solve world problems; Heerraa is developed and guided by these team of entrepreneurs and their experiences and resources. Heerraa is also the founding member and Chief Operations Officer of Ascendance – a youth movement that is dedicated to engaging the disengaged generation. Currently working with the Ministry of Education Malaysia to conduct their signature program Ace It Easy for students across Malaysia, Ascendance has impacted the lives of over 800 students over the last two years; transforming the lives of these students to be more focused and goal-driven to live their lives purposefully.