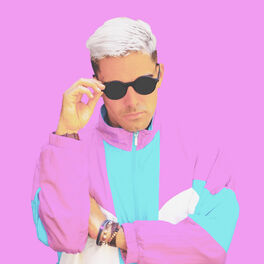 Try to Get Away

My Love for You

Dr Mendez is a unique character. Indeed, he is a French House DJ with a PhD in Medical Science from Australia. From growing up beside the beach in South of France, Dr Mendez loves providing Dj sets that remind him of dancing barefoot on the sand. After more than 10 years of Djing and Travelling, Dr Mendez has chosen this wonderful city of Sydney to develop his live performance and production. He defines his style as a mix of the influences of Frankie Knuckles, Ron Carroll, Marshall Jefferson, Mercer, Bob Sinclar, Oscar G, Martin Solveig, Gilles Peterson and Diplo. In early 2010, Mendez dreamed about working overseas and making the world his giant dance floor. Two years after, he obtained his first opportunity to play in Spain, Ireland and Canada. Late 2016 He joined the team of SBS Australia and Turismo Estereo Venezuela for providing some of his DJ sets Live from the radio. This was a huge opportunity and acknowledgment to his status as an upcoming international DJ. In 2017 Dr Mendez created the label “Share On Records” in collaboration with the artist Cia Lamarle. As well as releasing their own productions, they are both enthusiastic about signing new talent from the underground electronic music scene. Finally, His real passion for people leads him to collaborate with artist worldwide from Germany, France to Brazil and Australia comforting that the universe of Dr Mendez has no border.