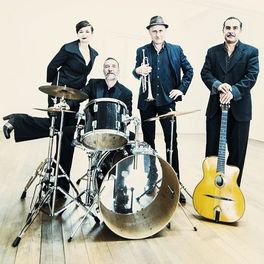 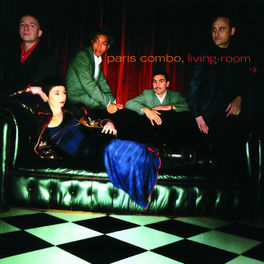 Six albums and two decades spent criss-crossing the globe, playing to enthusiastic audiences from Sydney to San Francisco and Berlin to Beijing have enabled France’s Paris Combo to create a unique cosmopolitan sound, establishing the band as one of the most piquant, intriguing groups on the international music scene. Fronted by the charismatic vocals of chanteuse Belle du Berry, the combo have struck a chord with critics and audiences alike with their fun-loving mix of swinging gypsy jazz, cabaret, French pop and Latino and Middle Eastern rhythms. The mainstream success of their second album «Living Room» (2000) gave the group a unique status as a French indie band capable of drawing crowds not only in France, where the album went gold, but also in Australia and the USA where they have chalked up over twenty tours. Returning to performing in 2011 after a five-year hiatus, the group made their US comeback at the Hollywood Bowl in Los Angeles and went on to release their fifth album, simply entitled «5», on the DRG/eOne label. Media response to «5» was enthusiastic and in 2013-14, they sold out venues across the country with their first US tours in a decade and a triumphant return to Australia in 2015. The next Paris Combo opus will be released early next year and they have already announced tours of the US and Australia in February and March 2017 to accompany the new album.