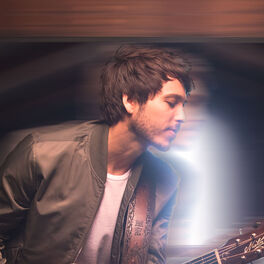 Things That We Drink To

Praised by Rolling Stone as “a savvy performer with strong songwriting chops,” Australian-born rising Country artist Morgan Evans is gearing up for the release of his highly anticipated debut album,THINGS THAT WE DRINK TO (Warner Music Nashville), due out October 12. The project features his #1 debut US single “Kiss Somebody,” as well as chart-rising follow-up “Day Drunk.” Forging a path as one of the genre’s up-and-coming stars, he has been named to PEOPLE’s elite “Ones To Watch” 2018 list and spotlighted as an emerging artist by CMT, SiriusXM, Pandora, Rolling Stone, Billboard, Bobby Bones, The Tennessean and more. A bona fide Country force in Australia, he has garnered countless awards and honors, most recently claiming Country Work of the Year for “Kiss Somebody” at the 2018 APRA Music Awards. After sharing the bill with global superstar Taylor Swift, Country hit-maker Cole Swindell and more A-list acts, Evans recently wrapped his 10 IN 10 TOUR, performing 10-straight shows in 10 days including SOLD-OUT headline dates in Los Angeles, CA, Atlanta, GA, and New York, NY. He is currently featured as a special guest on Chris Young’s LOSING SLEEP WORLD TOUR and will hit the road with Old Dominion on the MAKE IT SWEET TOUR beginning January 2019.