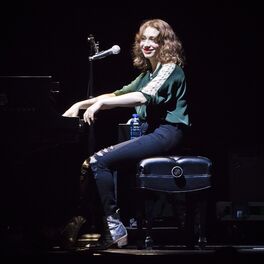 Remember Us to Life

Remember Us to Life (Deluxe)

What We Saw from the Cheap Seats (Deluxe Version)

What We Saw from the Cheap Seats

by The Beat Bugs

by The Beat Bugs

The Best Imitation Of Myself: A Retrospective

Born in Moscow to a musical family, Spektor learned to play the piano at a young age before the family left the Soviet Union in 1989 and settled in the Bronx. She continued learning classical piano in New York, but was increasingly becoming interested in punk and rock and started playing gigs around the city. Eventually she self-released her debut album in 2001, 11:11, and then in 2002 again self-released her follow-up Songs. Spektor began to develop something of a following and she was introduced to Strokes' producer Gordon Raphael who worked with Spektor on her third self-released album Soviet Kitsch. The record was later released by Sire Records to a wider audience. A busy tour schedule followed with big name bands which went to the UK, where she released retrospective Mary Ann Meets The Gravediggers And Other Short Stories in 2006. Spektor started to enjoy broader popularity on both sides of the Atlantic after the release of her first album on Sire, Begin To Hope, went gold in America. More touring followed up until 2009 when she returned with album Far.