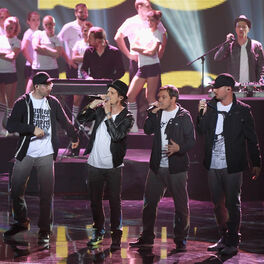 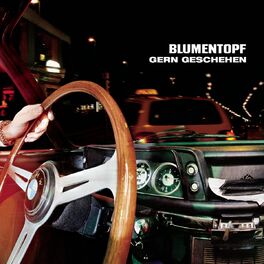 German hip-hop band Blumentopf are known for their raportage style, a word which stems from the word rap and the German word reportage, meaning report. Their songs use rhymes and often politically charged lyrics to produce witty, storytelling songs. Initially, Blumentopf's musical style was old-school hip-hop, but this changed as the band became more explorative in their later albums. Although they formed in 1992, and signed to record label FourMusic, they did not release their debut album 'Kein Zufall' until 1997. The album included their first hit single '6Meter90', which gained the band widespread mainstream recognition, as did their thrilling live shows. Their second album 'Grosses Kino' followed in 1999 and their third 'Eins A' in 2001. These reached number 21 and 16 respectively in the German Albums Chart.

Blumentopf's fourth album 'Gern Gesehen' in 2003 started a slight change of musical style for the band, with more innovative musical ideas such as the use of unusual samples and strong synthesized rhythms. It reached number seven in the German Albums Chart. Their fifth album 'Musikmachine' (2006), which also reached number seven, contained a track which strayed further from the norm with the use of skateboard sounds as the beat throughout. The band had their first top 100 single in Germany with 'Horst' (2006), a track from this album. The band also gained popularity at this time by their collaboration with German television in providing versions of the commentary for the 2006 FIFA World Cup with musical accompaniment. They went on to do the same for Euro 2008, the 2010 World Cup, the 2012 European Championships and the 2014 World Cup.
Album number six, 'Wir' was released in 2010, reaching number eleven in the German Albums Chart. The single 'Solala' was also released from 'Wir' in the same year. This was followed by their highest charting album 'Nieder mit der GBR' in 2012. In 2015, the band released a collaborative album with Texta entitled '#HMLR'. Shortly after this, they announced that they were going to split up, and performed a final tour in 2016 with an accompanying live album release 'Die Letzte Show' (2016), thanking their fans for all the support they had received over the years.