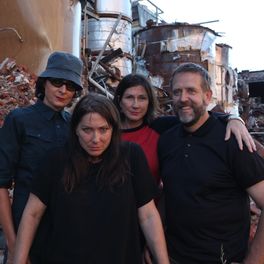 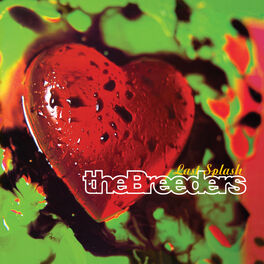 Wait in the Car

Mixtape by The National

The Breeders initially formed as a side project for The Pixies' Kim Deal and Throwing Muses' Tanya Donnelly when the pair became frustrated playing second fiddle to more powerful band members and sought an outlet for their overlooked songwriting talents. Recorded by Steve Albini their 1990 debut album 'Pod' captured a less abrasive, more melodic sound than the pair's other bands and was acclaimed by Kurt Cobain as one of his all-time favourite albums, reaching number 22 in the UK.

The band became Deal's primary focus when The Pixies split in 1992, but with Donnelly leaving the band after the 'Safari' EP in 1992, Kim's twin sister Kelley was recruited for their second album 'Last Splash'. Complete with a video directed by Sonic Youth's Kim Gordon, the lead single 'Cannonball' became a huge indie anthem still widely played and sampled on The Prodigy hit 'Firestarter'. The Breeders were forced into a hiatus when Kelley entered rehab for heroin addiction in 1995, but the sisters returned with a new line-up for third album 'Title TK' in 2001 before releasing the sparse, deeply personal, country-tinged 'Mountain Battles' in 2008.

In 2012 the early '90s line-up reunited for a tour and a 20th anniversary reissue of 'Last Splash'. After touring around Europe, Australia and America they returned to the studio to work on new material which would go on to form the record 'All Nerve' which they released in 2018.