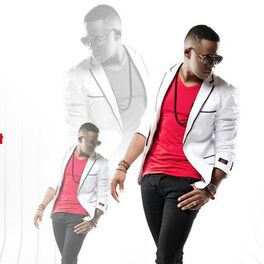 by Lloyd Cele, Beyond Vocal

Just Can't Throw Us Away

With a 3rd album having been released on the 22nd of September and 3 brand new singles out at the same time in 3 different languages, Lloyd Cele is out to prove that good things happen in 3’s. The avid music lover turned Idols runner-up then SAMA winner, Walela award, Channel O Award + Metro award nominee, is looking to build on the success of his 1st single “Tonight” that features as the theme song for Top Billing by releasing GREY MATTER on the 22nd of September 2014. Having worked with a number of SA’s top artists in Cassper Nyovest, the Soweto Gospel Choir, Brian Temba as well as CH2 Lloyd wanted to bring a diverse mix of influences to his 3rd album, much like he has done on his previous 2 albums ONE and NO LIMITS. Lloyd’s sound is about embracing South Africa’s diverse culture, racial groups, and musical influences and fusing them together in his music. GREY MATTER, largely written by Lloyd himself, is no different and this is highlighted by the unprecedented, simultaneous release of 3 singles to launch the album. “Ngiyakudinga Mtakwethu” (All I Need Is You) a Zulu song featuring Brian Temba, the Afrikaans single “Dans Met My” and an English single “Made For Love” have all been unleashed onto the airwaves at the same time and have been playlisted on the top radio stations for those genres. This is a 1st landmark occasion in South African radio airwaves, to have 3 songs in 3 languages all playlisted at the same time on the different radio stations that appeal to those genres. This marks an exciting period in Lloyd’s life in which he further seeks to cement top spot on the charts and unite the people of South Africa through music. Lloyd encourages all people to reach for their dreams and never give up. All things are truly possible and with GREY MATTER it could very well by 3 time’s a charm.