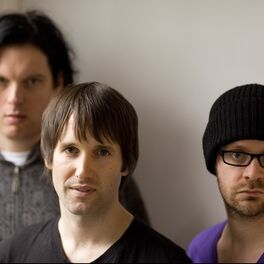 Twilight Of The Innocents (Standard Version)

OFF Films e OFF Docs

Formed in Downpatrick in County Down, Northern Ireland, Tim Wheeler was just 12 years old when he partnered with Mark Hamilton in 1989. Rick McMurray eventually joined the group to make the pop-punk trio, who were already attracting the attention of labels. The group released their first record, an EP called Trailer in 1994 before signing for Reprise. Appealing for their throwaway punk meets pop style of rocking out, the band enjoyed its breakthrough with 1995 hit Girl From Mars, hitting the top 20 in the UK. Closely followed by another top 20 hit Angel Interceptor and then Goldfinger in 1996, the band hit Number 1 in the UK album chart when 1977 arrived in May 1996. The band added former Nightnurse guitarist Charlotte Hatherley in 1997, joining Ash as they recorded the theme for Danny Boyle's movie A Life Less Ordinary, again hitting the top 10. Another album, Nu-Clear Sounds was released in 1998 that quickly fell out of the charts and an EP Numbskull fell foul of new chart rules and was ineligible. The band returned in 2001 with Free All Angels, followed up by heavily US-influenced Meltdown in 2004, the final album featuring Hatherley who left shortly after to pursue a solo career.