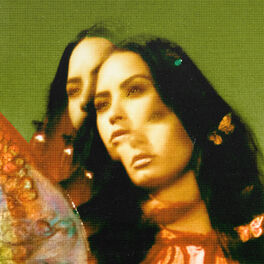 Dancing With The Devil…The Art of Starting Over

Dancing With The Devil…The Art of Starting Over (Deluxe Edition)

Dancing With The Devil…The Art of Starting Over (Expanded Edition)

Tell Me You Love Me (Deluxe)

Tell Me You Love Me

Tell Me You Love Me (Deluxe)

Cool for the Summer: The Remixes

I Believe (feat. Demi Lovato) (As featured in the Walt Disney Pictures' "A WRINKLE IN TIME")

Without a Fight (feat. Demi Lovato)

by Fall Out Boy, Demi Lovato

Child actor turned pop star. Demi Lovato was born August 20, 1992 in Albuquerque, New Mexico. The child of a Dallas Cowboys cheerleader, Lovato was discovered at an open audition and went on to star alongside the Jonas Brothers in the hugely popular Disney Channel Original Movie Camp Rock. Their duet “This Is Me” with Joe Jonas was taken from the film to become their first top 10 hit. Their 2008 debut album Don't Forget reached Number 2 and sold over three million copies. Demi Lovato topped the album charts with a more mature, acoustic rock sound with 2009’s Here We Go Again. Further hits included the top 10 singles “Skyscraper” and “Heart Attack”. Their fourth album, 2013’s Demi, received positive reviews for its electro, dance crescendos and good-time pop anthems, marking Lovato's growth from a smiley teen idol into fully-fledged idol. Demi became a judge on the US version of The X-Factor in 2012, Lovato went on to act in the hit TV show Glee and worked on campaigns tackling eating disorders, bullying and mental health issues. 2015’s Confident debuted at Number 1 the Billboard 200. The album's lead single “Cool for the Summer” earned them an ASCAP Pop Music Award for Most Performed Song. 2017’s Tell Me You Love Me scored their the biggest single of their career to that point with the Number 6 hit “Sorry Not Sorry”. Demi survived an overdose of opioids in 2018 and signed with Justin Bieber's longtime manager Scooter Braun in 2019. In 2021, Demi was the subject of the documentary Demi Lovato: Dancing with the Devil, and the soundtrack for that project became their next LP, Dancing with the Devil… The Art of Starting Over.