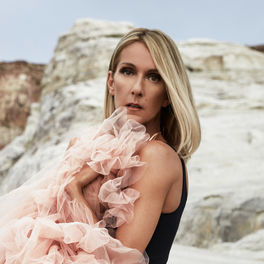 All the Way...A Decade of Song

These Are Special Times

The Very Best of Celine Dion

The youngest of 14 children in a poor part of French-speaking Quebec, Celine Dion shook off her humble beginnings to become one of the world's most successful singers. The one thing her family did have was music and all she ever wanted to do was perform. She wrote her first song at the age of 12 and when her brother sent a recording of her to music manager René Angélil, he mortgaged his house in order to finance her debut record - 'La Voix Du Bon Dieu'. It made her an overnight success in Quebec and she went on to make her name in Europe when she won the 1988 Eurovision Song Contest for Switzerland with 'Ne Partez Pas Sans Moi'. She finally released her first English-language record 'Unison' in 1990 and her emotional voice, allied to an elegant soft-rock style, conquered the international pop market, scoring one of the biggest hits ever with 'My Heart Will Go On', the theme from the movie 'Titanic'. For this single she won the Academy Award and Golden Globe for Best Original Song and also two Grammy Awards for Best Female Pop Vocal Performance and Record of the Year. In 2000, Dion announced that she was taking a step back from her career to spend time with her now husband Angélil who had been diagnosed with cancer. She returned to the studio after the 9/11 terrorist attacks in America, performing 'God Bless America' live on TV. An album of new material came out in 2002 titled 'A New Day Has Come' and focused on her experiences of being a mother. In 2009 she was named the 20th bestselling recording artist of the decade selling an estimated 17 million records since 2000. At the start of 2016, Dion lost both her brother and her husband to cancer and cancelled her upcoming shows at Caesars Palace in Las Vegas where she was in residency. She returned later to a sold-out theatre and announced work on a brand new album. Artist biography compiled by BDS/West 10. All rights reserved