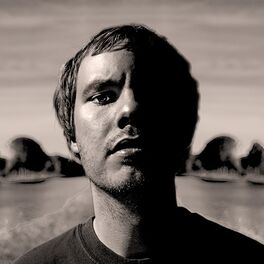 In the Hall of the Mountain King

Slowtide is the artist name of singer-songwriter, multi-instrumentalist and producer Kevin Werdelmann from Bochum, Germany. Inspired by the music of Vince Clarke and Chris Huelsbeck Kevin started out as a teenager composing synth-music on an Amiga 500 homecomputer for various self-made films. His first official output was the electronic concept-album “London”, inspired by his first visit to the English metropolis in 1997. But his love for guitar-driven music from British bands like The Verve and songwriters like Nick Drake eventually lead him to pick up a guitar and become a self-taught multi-instrumentalist. With the founding of Slowtide in 2002, he combines the best of both worlds, creating eclectic Indiepop-music. Since then he played live with bands like British Sea Power, Gravenhurst, Treetop Flyers or The Wave Pictures among others and released three albums: "Origins" (2009) and "Solaria" (2012), which received ecstatic reviews in the press, and the third album "A Gentle Reminder" (2018), which contains completely new studio versions of songs from the demo EPs "Time Escape" (2001) and "Things That Fade" (2002).