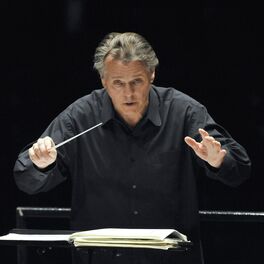 Tchaikovsky: Symphony No. 6 & The Nightingale

Tchaikovsky: Piano Concerto No.1, Symphony No. 4

Like many classical musicians who were alive during the Second World War, the terrible events in Europe shaped their future, often in unpredictable ways. In the case of the conductor Mariss Jansons, he was born in the notorious Riga Ghetto where very few of the Jewish inhabitants escaped. Jansons was a new-born child when in 1943 his mother, the singer Iraida Jansone, smuggled him out of the ghetto after her father and brother were murdered by the Nazis.

His father was the well-known conductor Arvids Jansons who after the war settled in Leningrad to take up an appointment with the Leningrad Philharmonic. In 1956 he was joined by his family and Jansons senior arranged for his young son to be schooled in piano, violin and conducting at the Leningrad Conservatory. The young musician went on to continue his studies in Salzburg with the famous conductor Herbert von Karajan who subsequently sent a formal offer to Jansons asking him to be his assistant with the Berlin Philharmonic. The year was 1969 - an era when the hand of the Soviet state still exercised control over all aspects of its citizens' lives and the offer was never relayed to Jansons. Consequently the young musician went on to work with the Leningrad Philharmonic. In the post-Glasnost era Jansons took up positions with some of the world's leading orchestras and built a reputation as one of the most experienced and respected conductors in the field of classical music. After struggling with a heart condition, Jansons passed away in November 2019 at the age of 76.