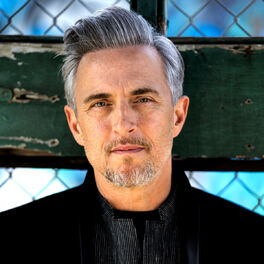 Out of the Box

This guitarist, singer and songwriter is one of Canada’s leading guitarists and a pioneer of the 90’s neo-swing revival. Colin James grew up in Saskatchewan listening to folk and blues. He quit school at the age of 13 to pursue a career in music and never looked back. James has worked with a list of who’s who in the music business – Bonnie Raitt, Albert Collins, Pops Staples, Robert Cray, Luther Allison, Albert King, Keith Richards, Lenny Kravitz, ZZ Top, Mavis Staples, Roomful Of Blues, Bobby King and Terry Evans, John Hammond Jr., The Chieftains, Carlos Santana, Little Feat, Johnny Hallyday, and Buddy Guy. In addition to writing his own material, his songs have been recorded by the likes of Maria Muldaur, Johnny Halliday and Lucinda Williams. A consummate professional and a superb guitarist, Colin is a musician’s, musician. The confidence that comes with maturity can be heard in his voice and seen in his electrifying stage performance. He does what comes naturally – he always has – he knows no other way and no other life.