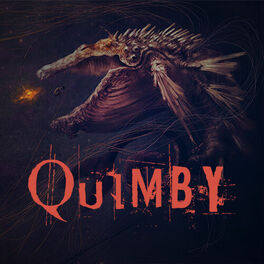 Frenetic energy, dynamism and sensitivity, intuition and professionalism. Year after year of sold-out shows everywhere from the Clubs to Budapest Sport Arena. All of this applies when we are talking about this band. In 2015 Quimby, is probably one of the most popular and most galvanizing alternative rock bands. On Facebook the band has over 250 000 fans, the videos on You Tube have more than 25 millions views. They packed the Budapest Sport Arena with a crowd of 12 000+, (celebrating their 20th anniversary in 2011), a feat never before achived by an act in this genre –Mind you, in a country of only 10 million people. The band palys a pulse-pumpin’ music completed with the lead singer; Tibor Kiss’s (singer, song writer, painter, guitarist) meaningful and richly visualized lyrics. When you listen to them, you can see paintings that come from the most hidden part of your mind. Virtually, you could paint the songs. Though their concerts are electrifying bursts of energy, they do it with ease and swagger, all the while involving you. Tibor Kiss has an unmistakable, emotional and sexy voice, he can lead you to your deepest emotions, only so that from there Livius Varga (co-writer, singer, percussion) can elevate you to ecstasy with his charismatic and explosive energy and rebellious songs. Unafraid of exploring new horizons, the band ignores the strict confines of popular music and explores new territories, where music tends to border analogous art forms. Don’t hesitate, just let the music speak for itself and you will be swept off your feet! In over two decades, Quimby has released 14 albums, two of which won the Hungarian album-of the-year Award. They also have numerous gold and platinum records. These releases are like fraternal twins: their parents are the same, but they bear only partial resemblance. From one album to the next we can feel different flavors, scents, forces and vectors—but the spirit and the energy are very much the same. In the spring of 2009, the band released a 5-track Maxi CD, including their smash hit “Ajjajjajj,” followed in December 2009 by “Larmagyütögetö” (Noise Collector), a double disc containing a full-length concert DVD and an audio CD featuring new versions of some of their old songs, as well as 3 entirely new selections. December 2010 saw the release of “Kicsi Orszag” (Small Country), their latest 17-track studio album, and another year later, just in time for the anniversary, the band came out with “Instant Szeansz”, their first live CD to date. In 2012 they released a double dvd; Two Concerts, and Tibor Kiss published his first fine art album ’Neonrubber’. They have risen to legendary status in recent years and they seem unstoppable even on the international scene. Especially now that they are about to start their 5th European tour. One might ask, how have they managed to achieve such success during these strenuous financial times and when in this digital era it is more challenging to stand out? The secret may lie in their rare medley of talent, intuitiveness and professionalism. They have never followed trends, just simply played what they love. They may never become a global mainstream band but will always represent a truly unique, intriguing art with some international appeal, and a distinctly Eastern-European flare. At their concerts they rock until their audience’s bones rattle, and last but not least these shows keep the band goin’. While you won’t find them anywhere else but on the Mainstage in every festival even the world-famous Sziget Festival, they also maintain a steady presence within the club and theatre scene. As one journalist put it: ’most people simply find its music and lyrics incredibly moving, and hard to resist.’ Some of the band’s songs have also become sound tracks in several Hungarian motion pictures, and they provided the music for two highly successful theatre productions, including an adaptation of William Shakespeare’s ’Twelfth Night; or, As You Like It,’ in which the band performed live on the theatre stage. Their ties with the theatrical world were further reinforced by their ’Teatrum’ concert series a tour of major theatres around Hungary, where they performed a specially adapted set. Quimby collaborated with several contemporary Hungarian poets as well. On the top of it all their songs inspired foreign performers to stage them. You can’t possibly miss them. Band Members: Tibor Kiss: vocals, guitar Livius Varga: vocals, percussion Szilard Balanyi: keys, backing vocals, percussion Dodi Karpati: trumpet, keys, backing vocals Ferenc Mikuli: bass Ferenc Gerdesits: drums, mandolin