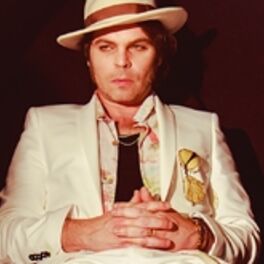 Walk The Walk (Live At The Sheldonian Theatre, Oxford / 2019)

The Girl Who Fell To Earth (Live At The Sheldonian Theatre, Oxford / 2019)

I Believe In Father Christmas (Live)

One of These Days

The Last Shadow Puppets -What they're listening to

Life On Other Planets

As the front man of boisterous Brit-pop trio Supergrass, Gaz Coombes penned some of the big indie-pop anthems of the era including 'Alright', 'Caught By the Fuzz' and 'Pumping On Your Stereo' before evolving into a solo artist in 2012. Born in Oxford, Coombes spent part of his early childhood living in San Francisco with his family and learned jazz piano from his father before returning home, picking up the guitar and forming his first band The Jennifers with school mate Danny Goffey. They were signed to Nude Records and released the single 'Just Got Back Today', but Coombes was still only 16 and the strain of touring while still at school caused the band to split.

Coombes and Goffey went on to form Supergrass in 1993, and with their scuzzy riffs, loveable energy and infectious pop songs they found massive success in the mid-1990s with the albums 'I Should Coco' and 'In It for the Money' and rode a powerful wave of success for nearly 17 years. Coombes and Goffey again teamed up as duo The Hotrats for a covers album made with producer Nigel Godrich, but it was Combes' debut solo album 'Here Come the Bombs' in 2012 which marked his transition from bouncy, indie rock favourite into a more soulful, introspective songwriter. Recorded in his home studio with Ride drummer Loz Colbert, follow-up 'Matador' made the UK top 20 in 2015 and was nominated for the Mercury Music Prize; Coombes returned in 2018 with blissful, funky, R&B grooves and thoughts on the fallacy and toxic nature of masculinity on third album 'World's Strongest Man'.