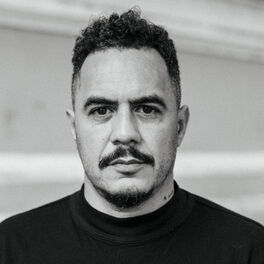 Marcelo Maldonado Gomes Peixoto, who performs as Marcelo D2, is a rapper from Brazil who has had several hit albums in his homeland with a mix of hip-hop, samba and Latin influences. He gained an international audience when he performed with Zeca Pagodinho at the opening of the 2016 Olympics in Rio de Janeiro. Born into poverty, he had various jobs as a young man until he served in the Brazilian army after which he began to perform and make recordings with Planet Hemp. He made his solo debut with 'Eu Tiro Onda' in 1998 and he has had several releases since then including 'Nada Pode Me Parar' in 2014. His 2018 schedule included appearances with Planet Hemp in Brazil, solo shows in Australia and New Zealand and with SambaDrive in Boston, New York and Pompano Beach, Florida.