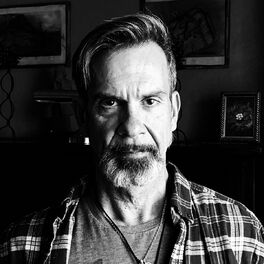 Out of the Silence

Save Me a Place (Alternative Mix)

Launching his career in Austin, Texas in the late ‘90’s, Daniel Link established himself as a regional favorite among an impressive line-up of Austin’s most formidable musicians… sharing the bill with Bob Schneider, Ruthie Foster, the late Steven Bruton and Sara Hickman. Link’s “almost too close for comfort” lyrics paired with his spot on pop rock melodies made him perfect for Austin…not really folk, but somewhere between alternative country and southern rock…a sophisticated songwriter with an instantly recognizable voice. Despite the warnings of those in his professional orbit at the time, Daniel decided to come out as a gay artist...at the beginning of his career. Identifying as a songwriter above all else, Link felt that hiding the fact that he is gay would be hypocritical, and damage the integrity of his catalog. In those days in Austin, if you stand for something - you either bring it - or you don't. Daniel delivered. He headlined AIDS WALK AUSTIN two years in a row, with his song "Constant Faithfulness" adopted as the official theme song for that event. Critical acclaim for Link’s work came from local, national and international press: "Link is an accomplished tunesmith. But two other things stand out on "Color of Rain" - Link's resilient voice, which recalls Michael Stipe's at times and Big's arrangement of countless instruments and backup vocals.” -THE AUSTIN AMERICAN STATESMAN “The humanity displayed here is accessible to anyone who’s ever felt left of societies center. And the music is potent enough to work for those who simply want sweet melodies and memorable hooks.” - BILLBOARD Daniel's recordings over the years include guest performances by Pat Mastelotto (King Crimson, Mr. Mister), Jon Dee Graham (Texas Music Hall of Fame), Jono Manson (Joan Osborne, Blues Travelers), Vince Bell and Catfish Hodge.