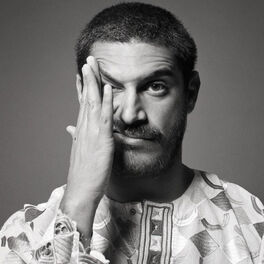 The singer-songwriter Criolo is one of the most influential and popular figures within Brazil's rap and hip-hop culture. He was born Kleber Gomes in 1975 and raised in Favela das Imbuias, one of the many shanty towns which surround the city of São Paulo.

At the age of eleven Gomes began honing his love for rap music by performing at small venues around his home neighbourhood but it wasn't until he was 31 that he eventually released his debut album 'Ainda Há Tempo'. The album was well received by Brazilian rap audiences and his reputation as an up and coming artist grew rapidly. By the time his second album 'Nó na Orelha' was released in 2011 his reputation had begun to spread outside Brazil and it was released internationally in 2012 leading to appearances around the globe entertaining audiences in Australia, USA and throughout Europe. With four critically-acclaimed albums to his credit Gomes is one of the most successful rap artists to emerge from Brazil and his work has helped promote Brazilian music culture throughout the world.