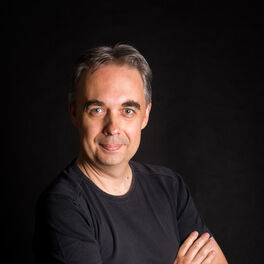 Light In The Darkness

Shadow Of The Necropolis

Waiting For The Vamp To Come

Chaos Takes It All

Filip "Fencer" Rachůnek is a Czech composer and pianist. He had started to produce first music experiments back in 1995-2000, composed and arranged on his PC. After a long pause, when he focused on other activities, Fencer finally re-started his music project and released Brainkanoid, an album in an electronic/acoustic style, recorded in his home studio. This was also his first (and probably last) release where he had taken over all production phases (mixing, mastering) himself. Feeling more like an artist than a sound engineer, Filip was not satisfied with the result and decided to pass the technical part of the process to professionals - which is why the album Brainkanoid (Remastered) followed in a short time. Because he felt a little guilty to re-release the already released product, the album was extended by 4 bonus tracks, originally produced in the meantime. The second album called Illogical has an interesting time span - some tracks had been composed almost 20 years ago and finally recorded on modern gear. The album also indicates the author's slow return to his roots, featuring 3 tracks with an emotional piano as the main instrument (Les Pommes Bleues). The third album Synthetic Dreams was released on 26th November 2018. The fourth album Nocturnal Keys was released on 12th April 2019. Please visit https://fencer.band for more information, extra content, fresh news, etc.