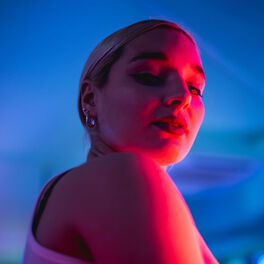 Laura Roy is a singer and songwriter who’s music and artistry is constantly evolving. Inspired by iconic songwriters like James Taylor and Carole King, Laura began playing guitar at age 13 and composing her own music, blending her love for classic folk-pop and 90’s r&b vocals like Brandy, Alicia Keys and Lauryn Hill. Born in Canada, and raised in the small province of Nova Scotia, Laura’s humble beginnings inspired her to grow and explore her love for music. She continued to build her craft studying music in college and spent years developing her songwriting skills in writing camps across the country. Two EP’s and multiple single releases later, the now London, UK based artist showcases her multifaceted vocal range and eclectic songwriting and production styles. Settling into r&b/soul driven material, Laura’s most recent EP titled “Forte” was nominated for “Best R&B/Soul Recording of the Year” by the East Coast Music Awards. Since the release of “Forte”, Laura has delivered three beautifully stripped back, soulful singles, “Rainbows & Butterflies”, “Grow” and “Halifax”, and has set the tone for her next project release by recently working with Grammy Nominated artist Lianne La Havas, and multi-instrumentalist and producer Geo. Outside of her artist projects, Laura has worked as a vocalist for pop heavy hitters, Camila Cabello and Anne Marie, and continues to collaborate and write for others.