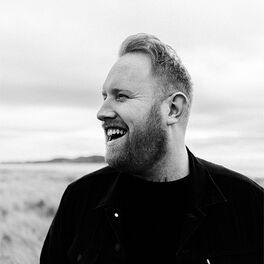 Have Yourself A Merry Little Christmas (Deezer Originals)

The way that 21 year old Gavin James puts it, his success is all a bit of a mystery. The affable Dubliner wanders his way around a story, anecdotes ambling (from James’ Gospel singer sister to his Opera-singing great grandparents, to being flown over to Las Vegas to play a wedding). ‘I’m confident, I suppose’, he concludes. Confident isn’t the half of it. A singer/songwriter in the Bon Iver mould, James began to play guitar aged around eight. A teenage obsession with rock lead him to form a Pearl Jam-inspired group when he was 16. ‘We needed a singer in the band, so I just did it’, he shrugs. The Problematic, as they were known, reached relative success (have a gander on Youtube if you like) but being underage in Dublin lead to some minor problems. ‘We had a big gig in the O2 Academy one night’, James explains. ‘But they wouldn’t let us in to play because we were too young!’ After leaving secondary school, James joined up with a friend to form a duo. The pair gigged around Dublin- leading to a memorable incident when they were asked to play a Vegas wedding. Meanwhile, James was writing his own tracks, and beginning to get himself heard. “It was weird how it happened’, he offers. “I did a song that I recorded with my sister. Her mate writes songs for the Eurovision and stuff. He doesn’t play and he doesn’t sing though, so I recorded it with her- like a demo.” The songwriter knew a manager who might be interested, “and he want over to him in a nightclub, took his headphones out and passed the ipod to him.” The manager came to see James play, they sent some songs back and forth, and in the space of 5 months James had a record deal lined up. James is his own man, and he knows what he wants. Not for him effects pedals and theremins. ‘I like the simple way’, he emphasises. “I don’t want to make things too indie. I hate listening to new bands who aren’t different in a good way- ones that are trying to make something so different that they don’t care if it’s shit.” He’s classic, not old-fashioned. Timeless, not trend-driven. “I think that the best song ever written is either ‘My Way’, or ‘Hallelujah’.” He pauses, worriedly. “That’s not cheesy is it? It’s just the stories. I love lyrics. I try and tell my own story in a song.” Debut EP is James to the core. Opening on the ‘Say Hello’ , a honey-sweet love song. James’ debut EP is an exercise in restraint. It’s inspired by “artists like St Vincent and Bon Iver, I love how unapologetic they are. I think a good song is something that hits everybody in a different way. I’m trying to write songs that are easier to sing along to. I usually write a lot of words, I’m trying to be simpler. I think simple’s the best way to go about it. It’s harder to strip things back.” After the Liane Le Havas-alike lovelorn strains of ‘For You’, comes ‘Hole In My Heart’ a Jack Johnson shuffle, with an alt.country twang. Closing on ‘Slow’, James’ falsetto comes into play. He’s been practising for the high note since he can remember, he adds. “I used to try and cover Jeff Buckley’s ‘Mojo Pin’ quite a lot. There’s this really high note that he turns into a soft note, but I can’t do it for the life of me. I only started really singing when I left school. But luckily I had some lessons, I always knew to sing from my diaphragm. My sister taught me to do that from the start.” James rolls up his sleeve to show off a freshly inked tattoo. It’s a James Dean quote. ‘Dream as if you’ll live forever, live as if you’ll die today’. There’s no danger he’ll forget to.