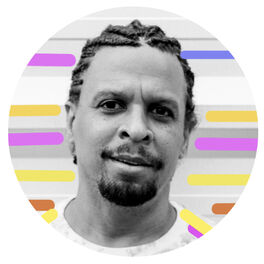 No Topo do Everest

Jam da Silva was born in Recife in the Northwest of Brazil in 1976, a city synonymous with the sound of Mangue Beat which exploded in the 90s. The roots of his sound reflect the musicality of his upbringing based in drums and percussion instruments but his music goes beyond traditional Brazilian sounds taking it to a new level. Jam has an innovative approach to production. Some of his tunes come from the street, literally, recording sounds where he walks to build a library of noises, street ambience, religious chants, cars, even something as simple as a conversation between two people on a bus. Jam builds tracks using these recordings while at the same time looking for new ways to use classic Brazilian instruments. He works the unique sound of the berimbau and cuica, for example, with as guitar pedal transforming it in real time to produce distorted new textures. This creates a brand new electronic percussive sound which is at the same time completely organic. Playing live Jam creates layers of percussion which move from one scene to another and back again giving the sensation of the music being something living and growing. As well as own innovative live shows Jam has collaborated and supported a number of international and Brazilian Artists. He recently opened for Erykah Badu in Rio de Janeiro alongside Malian musician Toumani Diabaté On home turf he has worked alongside classical Brazilian artists like Marisa Monte and composed for Roberta Sa. In France’s he played with Massilia Sound System and Moussu and les Jovents plus The Troublemakers, Sebastian Martel and in Angola with artists Wysa and Paulo Flores. The title track of his recent album Dia Santo caught the attention of BBC Radio 1 DJ Gilles Peterson and was included on “Browswood Bubblers Four” and was part of Gilles’ “All Winner Show 2009” showcasing the best new tunes of the year. Previous to this his former band Orchestra Santa Massa plus DJ Dolores picked up a BBC3 World Music Award for the album “Contraditirio?” He even played alongside the Uk’s Cinematic Orchestra at the groundbreaking sound an image festival “Multiplicidade” in Rio de Janeiro. In addition to this Jam has composed tracks for various film soundtracks both in Brazil and outside ; most recently for US short film “Too High to Hola” (diretor danny cabeza)