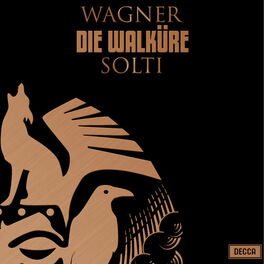 Stay at Home with Verdi

Stay at Home with Wagner

When she died at the age of 87, the Guardian newspaper asked, "Was there ever a more truly Wagnerian singer than Birgit Nilsson?" A quintessential operatic diva, she was said to have been born to sing Wagner's bravura repertoire, with her rich, powerful voice, she pleased audiences and critics even as her prickly personality raised the hackles of composers, conductors and fellow performers. She managed her own business affairs and made so much money that she established a foundation to award the Birgit Nilsson Prize worth $1 million for outstanding achievement. The first recipient, in 2009, was Plácido Domingo.

Born Märta Birgit Svensson in a town just north of Malmö, Sweden, she began to sing as a child and soon took lessons. When she won a Christina Nilsson scholarship, she changed her name to Birgit Nilsson. She studied at Stockholm's Royal Academy of Music and made her debut at the Royal Opera in Stockholm in 1946 as Agathe in Carl Maria von Weber's 'Der Freischütz'. Her performance as Lady Macbeth in Giuseppe Verdi's 'Macbeth' the following year garnered great attention and she went on to perform in Vienna and Bayreuth. Her debut with the Royal Opera in Covent Garden, London, came as Brünnhilde in the complete 'Ring' cycle of Richard Wagner in 1957 and she debuted at La Scala in Milan the following year in the title role of Giacomo Puccini's 'Turandot'. In 1959, she made her first appearance with the Metropolitan Opera in New York City in Wagner's 'Tristan and Isolde'.

According to the New York Times, she sang with the Metropolitan Opera 223 times in 16 roles. Her first album, 'Excepts from Die Walkure/The Flying Dutchman' came out in 1958 followed the same year by 'Wagner and Verdi Opera Arias'. Dozens of albums followed and continue to be released with 'Wagner Lonhengrin' and 'Der Ring des Nibelungenin' in 2016. She was nominated for three Grammy Awards for Best Classical Performance for 'R. Strauss: Salome' (1962), 'Wagner: Wesendonck Lieder' (1972) and 'Wagner: Duets from Parsifal and Die Walkure' (1974). She published 'My Memoirs in Pictures' in 1977 and in 1984 she retired back to Sweden where she died on Christmas Day in 2005.