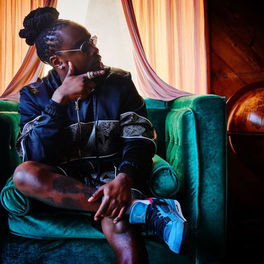 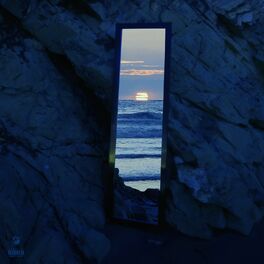 Beauty In The Madness

The Album About Nothing

From an ethnic Yoruba family who'd emigrated to the US from Nigeria, Wale was born Olubowale Victor Akintimehin on September 21, 1984, in Washington D.C. He won a football scholarship and dreamed of playing for the Washington Redskins, but was diverted by music when his track "Dig Dug (Shake It)" - a tribute to Robert "Dig Dug" Dixon of local band Northeast Groovers - caused a stir with a raw funky rhythmic style known as "go-go." His mixtapes were eagerly awaited and Mark Ronson recruited him to appear on his celebrated remix of Lily Allen's "Smile," later touring with Ronson and signing a production deal with Ronson's Allido Records. Wale's first studio album Attention Deficit was released in 2009 and included the hit tracks "Pretty Girls" featuring Gucci Mane and "Chillin'," featuring Lady Gaga, all of which helped propel him further into mainstream consciousness while offering a new direction for hip-hop. Over the course of the next few years, his albums Ambition (2011), The Gifted (2013), and The Album About Nothing (2015), as well his collaborative LPs with Rick Ross’ Maybach Music Group, all soared to the top of the R&B and hip-hop charts. In the subsequent years, he followed up with the Top 10 entries Shine (2017) and Wow… That’s Crazy (2019), which reached Number 8 and 6 on Billboard’s Top R&B/Hip-Hop Albums chart, respectively. In 2021, his seventh full-length Folarin II debuted at Number 22 on the Billboard Hot 100.