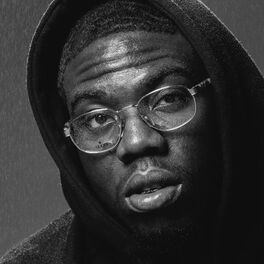 The French rap artist Dinos Punchlinovic was born Jules Jomby in Cameroon in 1993 prior to his parents relocating to La Courneuve in Seine-Saint-Denis in 1997. Jomby began to make a name for himself in MC rap competitions before signing to Def Jam France at the age of 20. His debut EP was 'The Alchemist', released in 2013. Within a year he left Def Jam and signed for Capitol, releasing his second EP titled 'Appearances' just over a year later.

'Appearances' was a minor success for the rapper but after its release Jomby disappeared fom the public for two years to work on his debut album 'Imany' which was eventually released in 2016. The album's follow-up 'Flashé7' came out the following year and since then he has been active with a number of collaorations with Sofiane, Hornet la Frappe and Yong C.