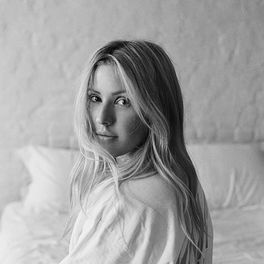 Close To Me (Remixes)

Ellie Goulding leaped to fame in 2010 after her stylish and elegant pop style made her a critics favourite which swiftly transferred into mainstream pop success with the album Lights. Raised in Hereford on the border of England and Wales, she started playing clarinet and guitar as a child and went on to study drama at the University of Kent, where she also developed a deep interest in electronic music. This led to collaborations with electro pop star Frankmusik and British producer Starsound, who worked closely with her on her debut album Lights. Goulding quit university after two years to move to London and concentrate on music, releasing debut single Under The Sheets in 2009. The ensuing radio play and media support laid the groundwork for her mainstream breakthrough as Lights - mixing electronica with melodic tunes and absorbing lyrics - topped the UK album charts. Goulding also developed her reputation as an outstanding songwriter, collaborating on tracks for Gabriella Climi, Diana Vickers and Tinie Tempah, supported John Mayer on a UK tour and starred at various European festivals. Her popularity increased further when her songs Everytime You Go and Your Biggest Mistake were featured in the TV series The Vampire Diaries and The Inbetweeners respectively.