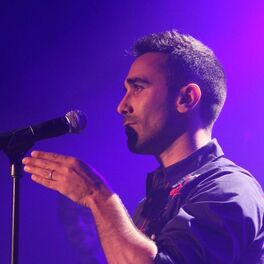 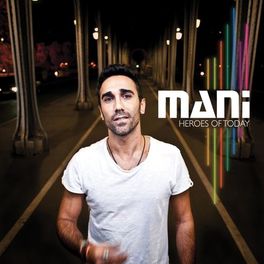 by Vbk the rapper, Mani

Mani Hoffman has been making his mark in music, working behind the scenes, since 2001 influencing electronic music. Through unexpected encounters and studio sessions, he gave French Touch its highlights, and became a mentor for a whole generation of French musicians and producers. In the Sanskrit language, the name Mani means “jewel”. And for Mani, that jewel is his voice, one in a class of its own. It immediately captivates, while sounding quite familiar. That’s for a reason- we all heard it first in 2002, performing with The Supermen Lovers, on a song that is still one of the biggest electronic music hits: "Starlight". Inspired by Kerouac and Huxley's "Doors of Perception", Mani started his own journey on the road. While in Southeast Asia, he had a sort of revelation on the nature of things. From then on, his life was spread over various countries- India with its mystical powers, France with his friends, family and childhood, the hippie Tel-Aviv with the committed artists with whom he works, and England, the Promised Land of Pop Music, where he performed several EP’s and tasted success once again on the song, "Lucy", with the band Jealousy (which became the Top Ten Single across ten countries). Back in Paris, he collaborated with the Troublemen, Junior Jack and the band School. With the latter, he had the opportunity to see his single remixed by Larry Heard, founding father of House music from Detroit. This was the ultimate consecration for one whom, at age 13, recorded his first song among friends, just to see what would happen. In the mainstream, Mani has composed for movie scores and TV, refining his pop/soul touch, tinged with rock and funk. He composed songs for TV show, "Pop Idol", with founder of Jamiroquai, Toby Smith, mythical character of the British musical industry. And in France he wrote and performed several songs on the "RTT" movie soundtrack, and co-wrote the musical score for the TV series, "Zak", which will air in 2012. Fortuitously, paths crossed and a band began to take shape. But it all came to a head when Mani met up with the producer/composer Tony Le Guern (keyboards) from the electronic scene. Together, they naturally became pop songwriters. The band gathered childhood friends like Ben Durand (bass), and Stan Augris (drums). Songs evolved through hard work in studio and numerous live performances. Pac (guitar) arrived from the rock scene, gaving the final shape and sound that defines Mani today: a hybrid power pop some where between rock, soul and electro. In life and in the studio, Mani draws from his worldly musicality and extracts his very particular sound, one that others “made in France” aren’t able to create. Since then, the band has collaborated with the producer TieryF (Estelle, Teddy Riley), and mixer Veronica Ferraro (David Guetta, Ben l’Oncle Soul). Somewhere between Cee Lo Green, Stevie Wonder, Donny Hathaway, Maroon 5 and Pink, Mani arrives as a first opus; no one can put a label on their album “Heroes Of Today”.