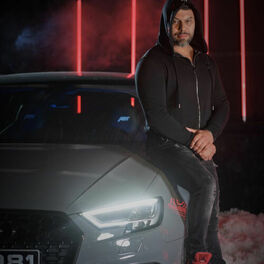 Summer in Mazagan By Issam Kamal

His real name is Mohammed El Hadi Mzouri, born in Tangier in 1981, from a popular "Jma" neighbourhood, which has always been his inspiration for writing and his music. Muslim's biggest influence was his love of American rap back in the 90’s. Encouraged by a chance meeting with a group of Nigerian emigrant rappers in 1996, Muslim began his journey with the musical style that has since changed the face of music in Morocco. Despite financial constraints and the absence of sophisticated equipment, Muslim was determined to record his first songs. At first he shared them only with his friends, neighbors and community. Gradually, Muslim's name became an icon of Moroccan rap. In the beginning, Muslim formed a group called “Out Life”, but it didn’t last more than a few months, giving birth, then, to “Zanka Flow” with his friend Laarbi. Zanka Flow became known as a reference school of Moroccan rap with albums like “Tanjawa Daba”, “The Tangier Now” in 2001, “Audacity” in 2003 and “Dem w Dmoue” (Blood and Tears) in 2006. In 2005, Kachela Records was introduced. This label, composed of independent rappers, Zanka Flow and new graduate talents from the School of Flow school, set out to improve the image of Moroccan rap. Since then, Kachela Records has continued to develop and elevate talents who want to develop a career in rap. Although he continued to work with Zanka Flow and Kachela Records, Muslim extended his palette with solo albums such as “Strictly for My Souljazz”, releasing more following: “Strictly for My Souljazz" in 2005 “Katra” in 2006 (“A Drop”) “Bghini Awla Krahni” in 2006 (“Love Me Or Hate Me”) “Mor Ssour"in 2008 (“Behind the wall”) “Al Tamarrod" in 2010 (“The Rebellion”) "Al Rissala” in 2014 (“The Message”). Going solo gave the star of Tangier the freedom he needed to translate his ideas into the reality in his head. As well as helping him develop his own writing and composition style. His name and performances have brought him great success in the Moroccan festivals like Mawazine in Rabat, Timitar in Agadir, Twiza in Tangier, and the famous From Rai to Oujda festival. But that’s not where his borders end. He’s also been a huge success on the international concert scene in places like Brussels, Barcelona, Madrid, and Malaga. Muslim can also be actively found in national and international media like: CNN, Rotana Music, Tve (Official Spanish channel), Al Jazeera, France 24, 2 M and on Medi1 TV as a judge for the Moroccan talent show, “Big Up”. Muslim also owns the honor of having the first Moroccan video, “Al Rissala” reach over one million views within 24 hours on YouTube. His entire channels boasts over 11 million views, total. His channel is one of the most active and engaged Arab channels on YouTube, thanks to his total views and subscribers. S.M. King Mohammed VI even decorated the prestigious artist with a Royal Wissam, the equivalent of knighthood, as a recognition for his achievements in his career. Muslim is dedicated to giving his absolute best to represent Moroccan rap and Arabic rap in the most positive light. The result is a beat that brings the hearts of the world straight to the Moroccan scene and nominations in three categories in Afrima 2018. He's nominated for Best African Rapper or Lyricist, Best African Duo or Group in African Hip Hop, and Best Male Artiste in North Africa.