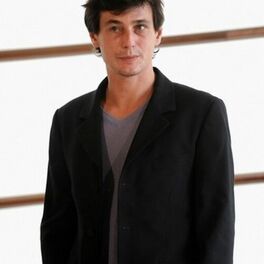 From Halloween to Christmas

Louis-Ronan Choisy is a French actor and pop singer. After performing with several Indie-Rock bands, he released his first LP 'Louis - D'apparence en apparence' in 2003. In 2010, the pop folk LP 'Rivières de plumes' was released, after which Louis-Ronan sang with Nouvelle Vague on their album 'Couleurs sur Paris'. That same year, he played in 'Le Refuge' ('Hideway'), a François Ozon movie. Since then, he has continued his acting career. He also composed the soundtrack for the film by Ozon. In 2014, he released his 5th CD 'Crocodile', a noirish, electronic and urban album.