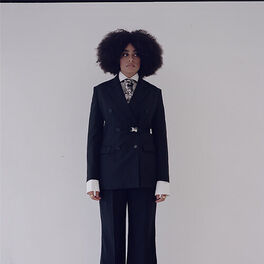 Both Sides Of The Moon

The Milk & The Honey

In These Present Times

Take Me Back Again (feat. Celeste)

Celeste Epiphany Waite, known simply as Celeste, is a British singer-songwriter bringing together British soul with bluesy jazz and R&B melodies. She was born in Culver City, California, to a mother from Essex, England and a Jamaican father from the United States, but moved to Britain with her mother when she was three and soon settled in Saltdean near Brighton.

As a young girl she was exposed to soul and jazz greats such as Aretha Franklin and Ella Fitzgerald and in her teens began to shift her interest to the likes of Thelonious Monk, Koyo Taylor and Sun Ra. Meanwhile, her vocal talents were being shaped in church and she was writing in her spare time. Her father passed away when she was 16 and she inherited his vinyl, taking a deep dive into his collection. By the time she arrived in college she had opted to pursue music, and outside of school she was playing with friends and covering the likes of Sly & the Family Stone, The Clash, The Specials, Janis Joplin, The Moody Blues, Thelonious Monk, Ray Charles and Alice Coltrane.

It led to Celeste's debut single 'Daydreaming', released through Lily Allen's Bank Holiday Records in October 2016, and then her debut EP 'The Milk & the Honey' the following March. In 2018, after catching the attention of Michael Kiwanuka, Celeste made the move to Polydor Records and released her second EP, 'Lately', featuring collaborations with the Gotts Street Park collective.

In 2019 Celeste won the BRITs' first Rising Star award and put out 'Compilation 1.1', a collection of everything she had released to date. January 2020 saw her release the single 'Stop This Flame' and top the BBC's Sound of 2020 poll.