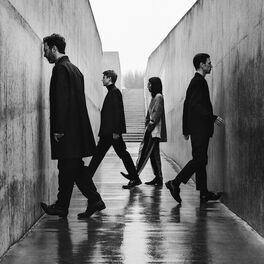 Song for a Seagull

Pete and the Pirates

She Drew The Gun

Teleman are a 4-piece comprising Hiro Amamiya, Peter Cattermoul and brothers Tom and Jonny Sanders. They formed off the back of a handful of demos that Tommy had made at home and quickly caught the ear of producer Bernard Butler as well as cult-indie label Moshi Moshi Records. The fruits of this collaboration took the form a single 'Cristina / In Your Fur', released in January on Moshi Moshi. A BBC 6Music playlist spot and a handful of sold-out London shows lead to festival bookings at most of the key UK festivals including Glastonbury, Latitude and End Of The Road. Their sound has been described as Robert Wyatt meets the Pet Shop Boys meets The Velvet Underground. A confusing reference maybe, but one which probably reflects the uniqueness of their sound. The band are now finalizing their debut album with Bernard for release early in 2014.