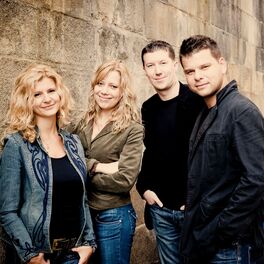 Schubert: String Quartet No. 14 "Death and the Maiden", String Quintet

Pavel Haas Quartet, formed in the Czech Republic, has been acclaimed as one of the most exciting string quartets in modern music. Violinist Veronika Jarusková and violist Pavel Nikl formed the quartet in 2002 with fellow Prague musicians Katerina Gemrotová Penková on violin and cellist Lukás Polák. The ensemble is named for the Czech composer Pavel Haas who perished at Auschwitz during World War II but who had a major influence on classical music in his homeland. Polák left the group soon after it was formed to be replaced by Jarusková's husband, Peter Jarusek; Penková was succeeded by Marie Fuxová, Eva Karová and Marek Zwiebel.