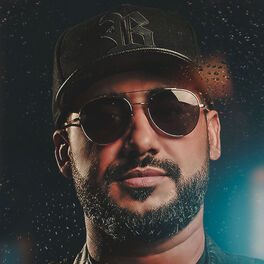 Saia Rodada are a Latin pop and jazz band from Mexico whose roots go back to the 1980s under various names until they were purchased by brothers Juninho and Eugênio de Caraúbas at the turn of the century. They have had many changes in line-up over the years with the current band featuring guitarists Fabio Lima and Nélio Cigano, saxophonist Douglas Arruda, trumpeter Marquinhos, keyboard player Benedito, drummers Brush Brush and Mark Batera and percussionist Lima Neto.

Many vocalists have fronted the band including Luiz, Poliana and Rai on their first recordings, Maico during their most successful period in 2006 and 2007, Jack Beverly and Aline Reis in the mid 2010s and most recently Daysinha Cid. They have released several DVDs and videos and their albums include 'N¦o Sei Se Bebo Ou Se Ligo' (2016), 'Saia Paradise' (2017) and 'Saia Na Serra' (2019). The track 'Bebe Vem Me Procurar' was also released in 2019.