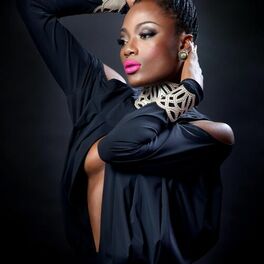 Efya, born Jane Fara Fauzziea Yahaya Afia Awindor, is an award-winning, Ghanaian singer/songwriter and three time best female vocalist in the Ghana Music Awards initially. Gaining national recognition from a talent search, Efya went on to become one of the top songbirds not only in Ghana but across the West African region. Her music, widely described as a sultry yet soulful blend of pop, R&B, Neo-soul & Afrobeat, is as unique as it is versatile making it easy for her to work with melodies from a myriad of genres. Having worked with artists from all over West African music scene such as WizKid, Banky W, R2Bees, Sarkodie etc. Efya recently released a free mixtape for her fans entitled This Is Not The Album and followed it up with two singles off her forthcoming debut studio album "The Love Genesis", slated for 2014 release.