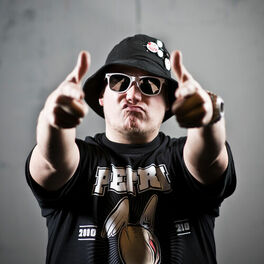 Born Petri Laurila to Swedish-Finnish parents, he was raised in Sweden but has resided in Chicago before settling in Finland. Petri's rap career began as part of the duo Nuera. He performed under the alias Dream alongside Henry Kaprali, aka Skem, and the pair had a string of releases from the early 1990s through to the early 2000s.

In 2000, Petri began performing as a solo act, too, adopting the name Petri Nygård and achieving early success online with his first EP 'Pillumagneetti' before releasing it physically through Poko Records.

In the early days of his solo career Petri kept his identity a secret, appearing in hats and large sunglasses. It wasn't until the spring of 2008 that he revealed he was Laurila.

There was a flurry of album releases in the early 2000s before a long pause, with nothing between 2002 and 2007. Petri has since said that his absence from music was prompted by the death of his mother following a battle with alcoholism.

In 2007, he returned with the album 'Committed' under the moniker Travis Bicle, before returning to the name Petri Nygård with 'Kaikkee Pitää Olla'.