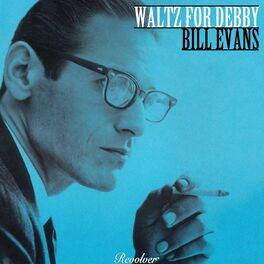 The Definitive Bill Evans on Riverside and Fantasy

Come On Down Mix

Scott LaFaro was an American jazz musician whose technique on the double bass left an indelible impression on future artists even though he died in a car accident in 1961 when he was just 25 years old. He was a member of the legendary Bill Evans Trio and recordings with that group including 'Sunday at the Village Vanguard' and 'Waltz for Debby' have sustained his legacy.

Born in New Jersey, he grew up in Geneva, New York where his violinist father was leader of the band in a local club. He took piano lessons as a child and played saxophone and clarinet until he switched to the double bass. LaFaro joined the Buddy Morrow band in the early 1950s and played on vibraphonist and pianist Victor Feldman's first American album, 'The Arrival of Victor Feldman' in 1958. He performed and recorded with Hampton Hawes, Stan Getz, Ornette Coleman and Thelonious Monk and toured with Stan Kenton until 1959 when he joined Bill Evans. His life tragically ended just two years later.