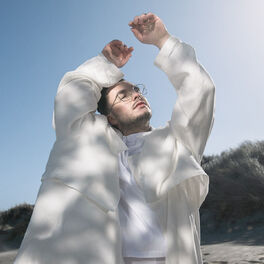 Olympe is an author, composer and performer born on August 13, 1989 in Amiens (FRANCE). Since his childhood, he has participated in many singing contests and won about fifteen of them throughout France. He was quickly noticed by music professionals and talent seekers. Olympe joined season 2 of The Voice on February 2, 2013, and came out a finalist. At the blind auditions, his version of "Born to Die" by Lana Del Rey astonished the four coaches of the program, of which he became an emblematic talent. His first single was released on February 3, 2013, it was such a success that an eponymous album, made of covers, was released in July 2013. He is the first artist in the world from The Voice to get a Gold record. The album was ranked in the best sales for 19 weeks. In the wake of this success, Olympe started working on his first original album, Une Vie Par Jour, the album has a more electro-pop color and was released in April 2014. It was recorded in New York and contains among others tracks written by Zaho, Emmanuel Moire and Olivier Schultheis. In 2015, Olympe followed up with a tour throughout France, the public responded present and his community of fans continues to grow. After two well filled years, Olympe retired from the media scene to work serenely on a more acoustic project. He returned in 2016 with a new opus and a new piano-voice and cello concept that he introduced on many intimate stages for almost two years. Since then, Olympe has been performing on stage and in parallel, never stopped writing and composing for himself or for others. In 2020, Olympe created his own music label "Talentcy Records" and is working on a new album that he composed and wrote by surrounding himself with talented authors. He will be back in the studio in 2021 to record this new album, which is eagerly awaited by his audience and which should be released before the end of the year 2021.