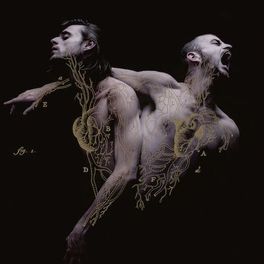 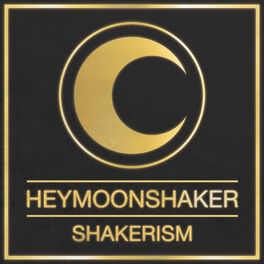 On the road to heymoonshaker Andy Balcon was born in 1988 in Leeds, England. He first discovered music at the age of 12 thanks to the instruments in the family home, a guitar and a piano, the first of these would quickly gain his interest. 6 months after he started to learn, he performed on stage in a church for the first time before visiting a few other places of worship in the region. It was in secondary school that he formed his first band (a rock cover band), after he finished school Andy moved on to work in a skate park; this new world opened him up to new musical genres and a culture much greater than he knew of at that time. After the skate park closed Andy worked part time in a community art centre, leaving him the time to improve his music and perform in local clubs. He still kept his teenage dream: making music while travelling. With this endeavour requiring some finance he accepted a desk job which allowed him to take his first trip to the French mountains; and it was in the Alpes ski station that his dream began to take shape. He only stayed there for six months, the life of a musician was not so easy. Back to a desk job to finance a new trip, but this time with both greater and more certain ambitions. Destination New Zealand, from now on his guitar and voice became his bread winner. He performed in the streets, at youth hostels and a few bars and there he had a life-changing encounter with Dave Crowe. Dave Crowe was also born in 1988 in the UK. Ten years ago he discovered Beatbox, and become utterly addicted. He took a year to perfect his art, pushing it a bit further each day, he joined in the initial formation of the band “The Anomalies”; touring with them for two years; but it was his destiny to travel and live off his talent. He then travelled through Europe, Asia, India, the Middle East… Each country brought new sounds, each place different; in Jerusalem he was asked to stop making helicopter noises, which was the precision of his beatbox. Initially the streets were his first stage, it was here that he learnt how to gather an audience from mere passers-by. Quickly noticed, he appeared in numerous festivals but also in English clubs where dubstep still reigned supreme. These two were made to be together. From 2008 they scoured the Earth, always in the streets; but slowly through concerts and festivals their audience grew. Friends everywhere in the world, always a place to stay, the community of fans grew endlessly. Their debut resembled blues improvisations on vocal rhythms that were never written but progressively built the beginnings of songs. Their talent spread on the internet, with the video “London Part 2” receiving over 20 million views on YouTube. Something was happening… In 2012 they released, with the means available, their first self-made and published album only available at the ends of concerts which have accumulated over 20,000 sales to date. The community of fans hasn’t grown, it has exploded! Today they receive tens of millions of views on YouTube which continue to increase each day. Even if the streets still remain their personal playground, in 2014 they performed in no less than 160 concerts across the world on stages as varied as clubs, but quite often these are the stages of the biggest festivals that they return to. Public enthusiasm continues to grow. The Buzz is often an overused, overrated word in music; the fruit of labour aiming to make noise for little purpose. The Buzz in their case is a consequence which they do not measure themselves. When travelling you do not have time to think of such things, you have no mobile phone, and at best an outdated computer only connected when there’s a Wifi connection at the backstage of a festival. It was at the start of 2015 that Dify Records noticed the group, a common vision quickly took place. A contract was signed in June 2015; not easy though for a band with itchy feet performing the “never end tour” to find time to return to the studio. Yet this was done in July at Recall Studio in the South of France where this album was recorded by Joachim Olaya (Aufgang, Bachar Khalife…). You could believe it was impulsive but in reality, for over a year, the two artists already had in their minds the album that they dreamed to see put on tape. Each hotel room for the past year had been an opportunity to write, to rehearse, and there have been tons of hotel rooms! And anyway the upcoming schedule is already loaded with trips and concerts; it had to be then that the album was recorded. Otherwise one or two concerts would have been cancelled to make the recording possible. Besides they were ready, they had been waiting for nothing else but this; they were giddy like two children on the eve of their birthday. This album is the culmination of these years spent together, it was at that moment, and they had to get it out of their system. Now it is no longer just beatbox blues that can be found on this album, but a far greater palette. Andy Balcon’s voice now surpasses the laments of the classic bluesman, there’s now soul and rock. The human rhythms of Dave Crow offer a range that has never been heard before. Strings embellish certain tracks and it’s the collective scale that puts these moments of grace into images. The studio was used day and night, the garden’s tranquillity was also conducive for the creation process; after that the producer decided to take some rest. The morning after recording they left for a festival in Italy, the road, concerts, trips… Their dream continues and has not finished amazing others.