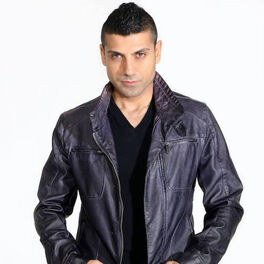 The Bass (feat. Cash me)

Asaf Vidal Vanunu, AKA DJ Asix, better known as Asi Vidal, An International DJ, producer and re-mixer of dance music. Asaf discovered a passion for electronic music and DJ’ing at a very young age while living overseas in Israel. He started DJing at the age of 16 when he got a hold of Technics Turntables and once the fire was lit for him, It has never gone out. Asaf fall in love with Dj’ing and making people dance, Working and Perfecting his skills over the years got him a priceless DJ’ing award for winning a local DJ competition, Only then he decides to make it as a career. Asi made his way to the United States with a unique sound and big ambitions. The insight Asi Vidal acquired abroad gave him big local momentum, In 2010 Asi Vidal founded Rhino Star Records, with a mission to build and strengthen the Electronic Dance Music scene in the U.S. and share his love for this genre with the world. “The aim of the label is to release quality electronic dance music”, tunes that work well in the clubs and Festivals. The keywords that describe's Asi Vidal productions and DJ sets are ENERGY FLOW. Whether it's 1000 fans at the recent club party, or beach full of ravers locked in the groove 4 hours into his sets. Asi Vidal creates moments. And that's why when you look out over his crowds you see smiles and hands shaped into heart signs. “I give people a night to remember and they love me for it,” he says. “What I'm trying to do – in my DJing and my production – is to share emotion - Excitement. When I'm making music in the studio beside the sound I’m looking for the feel, the rhythm, the groove”. Asi Vidal has DJ’ed at premier venues all over the U.S., His sets are so dynamic that at times it's difficult to see how he can keep the energy up, but he does it well With creativity and diversity. You can see it also through his production work, His original work and remixes have received support from all the big names in the industry. With this support, Asi Vidal continues to have an ever-growing passion for dance music and produces new tracks and remixes monthly. Additionally, he hosts a radio show called “Electro Club”, his radio show has grown out to great heights. Nowadays, More then tens of thousands of listeners tune into his 1-hour selection of Electronic Dance Music, every month. For 7 years in a row and more than 200 episodes already, the Electro Club show has been and still is a highlight to many dance music lovers, In spite of his accomplishments, Asi Vidal does not see his work as being done. “Creating Music and making people dance is my life” Asi Vidal has done Remixes for John Legend, Cindy Lauper, Madonna, Kylie Minogue, Katy Perry, Dua Lipa, The Weeknd, Imagine Dragons, Hardwell, Zedd, Tiesto, Infected Mushroom, Galantis and more.