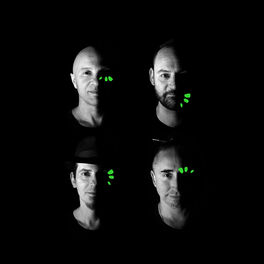 Tryo have made a name for themselves with their balance of left-wing, politically-charged lyrics and comedic, good-time performances. The band has been playing acoustic ska for French audiences since 1995, when it was formed by friends and former bandmates Manu Eveno (known as Manu) and Cyril Celestin (aka Guizmo). When Christophe Mali (known simply as Mali) joined, they got both their name and initial lineup.

The group wrote reggae-inspired tunes designed for three guitars and three vocalists, with intersections by Manu on accordion, keyboards and assorted reed instruments. They began playing the festival circuit and met seasoned band musician Daniel 'Danielito' Bravo, who came on board to play percussion.

In 2020, the band returned with the album 'XXV', with a supporting performance scheduled in March at the AccorHotels Arena in Paris, France. The album includes various collaborations with other artists, such as Véronique Sanson on the track 'Ladilafé XXV', -M- on 'El dulce de leche XXV' and Dub Inc. on 'Bryan Williamson XXV'.