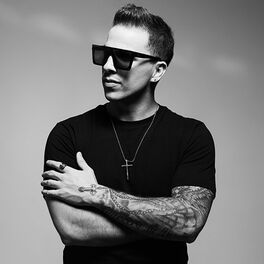 Alejandro Mendoza Castillo, know artistically as Ale Mendoza is a Latin/Tropical/Urban singer born in Guatemala City, Central America in May the 9th, 1991. Since he was a small kid, his passion for sports and being recognized were strong. He was good at soccer, motocross and bike moto cross but never made it big in this areas. His love for singing started when his brother invited him to sing a song he had written in front of their family for Christmas in 2007. His high school sweetheart surprised him with a gift, his first singing and acting classes with Angelica Rosa, his artistic coach. From then on his passion for music and singing was ignited. In 2011 he recorded his first album “Sueño = Realidad” (Dream = Reality). His brother Diego wrote the songs and their friend Juanfer Herrera produced them. The album was mixed in Puerto Rico by Playbach Studio, the grammy winning team made up of Ramón Martínez and Carlos Velásquez. The songs were mastered by James Cruz from Zeitgeist Sound Studios in New York. The first song he released was “Poema” (Poem) a romantic tropical song that is a love declaration. His second release and his first video was “Ready To Go”, an energetic tropical-electronic fusion that was well received. “Solamente Tú” (Only You) was the third release and was chosen by MTV Latin America for their original series “Ultimo Año” (Last Year). The song that launched Ale internationally was the remix for “Ready To Go” with the collaboration of the ex Puerto Rican duo Dyland & Lenny and re-produced by King Swifft. The video for “Ready To Go (Remix)” has 13 million views and keeps growing. He signed with Pepsi in Guatemala to be their music sponsor in 2,013 and toured in Guatemala with 3Ball MTY and Rabanes. “Sueño = Realidad” was released in May 2,013. Ale Mendoza has toured in Peru, El Salvador, Panama & Costa Rica. 2014 begins with great news for the artist, with the opening of his VEVO channel, becoming the 2nd Guatemalan artist, and the first independent Guatemalan artist, to have such qualification. Also, Billboard “NEXT BIG SOUND” chart qualifies the artists as 4th between 15 artists of greater projection worldwide. For Billboard, artists who are on the chart are considered as the future of music industry. In his second album he collaborated with the Puerto Rican Dyland in “Pierde El Control” and the Spanish dj/producer Alex Aviño from We Love Asere in “Esta Noche”. “Esta Noche” is charted in the Latin American musical channel HTVs Hot Ranking. His last release and video is “Hoy Sale Mi Vuelo”, the song was produced by King Swifft. He is currently recording and making strategic collaborations with different artist for his second album that will be released in mid-2015.