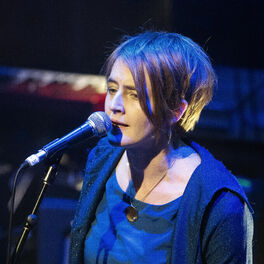 A Pocket Of Wind Resistance

The Whole Of The Moon

Women of the World (Radio Edit)

by The Fruit Tree Foundation

Ballads of the Book

Scottish singer-songwriter Karine Polwart was born in Banknock, Stirlingshire in 1970. She was previously a member of the well known Scottish folk groups Malinky and Battlefield Band before striking out with her own ensemble in 2000. The first album released under her own name was 'Faultlines' which came out in 2003 with the help of a grant from the Scottish Arts Council. After a slow start the album began to garner an increasing amount of airplay until finally in 2005 it won 'Best Album' at the BBC's Radio 2 Folk Awards. 'Faultlines' established Polwart as an emerging folk artist as well as defining her uncompromising choice of lyric subject matter which ranges from alcoholism to genocide and addiction.

With five studio albums to her credit Polwart is widely accepted as one of Scotland's premier talents whose work is invariably well-received by critics and fans alike. In addition to her own busy touring schedule with her band mates Stephen Polwart (who is also her husband) and Shetlander Inge Thompson, Polwart is also a member of The Burns Unit and The Fruit Tree Foundation.