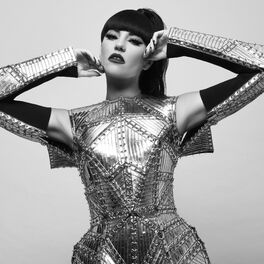 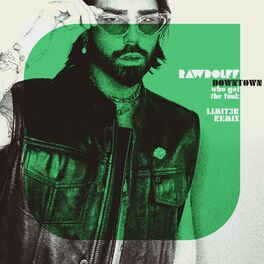 Downtown (Who Got the Funk?) (LIMIT3R Remix)

I Need a Miracle (Remixes II)

I Need a Miracle (Remixes)

Downtown (Who Got the Funk?)

Crying in the Rain

A Place to Go

With 20 tracks that hit the Top 10 in the international charts, Tara McDonald dubbed "the Queen of dance", awarded "Voice of the year 2014" (Music Awards, Shanghai) and described by Rolling Stone Magazine as "The white singer with the black voice", known for featuring on the hit singles "My My My" - Armand van Helden and "Feel the Vibe" - Axwell. But her collaboration with David Guetta on "Delirious" and on the platinum selling "Pop Life" album was the turning point in her career to successfully start her solo project including a collaboration with the rap legend Snoop Dogg, and her single "I Need a Miracle" gave her her first No.1 record, launching her into the mainstream media and radio waves in Europe. 2006 "My My My" a collaboration with Armand van Helden boosted Tara to the top of the international charts. A cult dance anthem still playlisted regularly on BBC radio 1, 12 years after the official release. Reaching top 12 UK and No.1 Dance charts. The single went gold. 2007 She co writes and features on her first radio hit - "Feel the Vibe" (Til the Morning Comes) with Axwell reaching top 16 UK No.1 Dance chart UK. The track becomes one of the biggest dance music anthems. 2008 She collaborates with Todd Terry for the "All Stars" project writing and featuring on "Get Down". But it was the release of the single "Delirious" with David Guetta which brought Tara again to the top of the international charts: top 2 France, top 2 Belgium, top 8 Switzerland, top 8 the Netherland... "Delirious" is one of the biggest hits of David Guetta’s album "Pop Life" and certified double platinum. 2010-2011 She creates "Give Into The Night/Tomorrow" the official anthem for the festival Tomorrowland which she co-wrote and co-produced with Dimitri Vegas, Like Mike & Dada Life. The single shot No.1 in the Belgium charts, No.1 in the club charts in Belgium and No.1 Beatport charts. She also scored another No.1 of the Beatport main charts featuring on Lee Cabrera, Thomas Gold - "Shake It". 2012 "Give me More" 1st highly acclaimed solo single: top 10 radio airplay charts in France. She appeared as assistant coach for The Voice Belgium. David Guetta invites Tara back to feature on the song "Pandemonium" co-produced by Afrojack released on the "F* Me I’m Famous" compilation: No.1 in Switzerland, top 3 in France, top 20 UK, top 24 USA, top 10 Austria of the digital sales. 2013 "Shooting Star" a duet with the French Canadian pop star Zaho: acclaimed by the critics for its originality, the single reaches top 18 of the tv airplay high rotations and top 5 of the radio airplay main charts in France, top 16 of the digital charts in Belgium. She is honoured of an award of "the most beautiful voice of the dance scene" at the Shanghai Fashion Music Awards. 2014 Year of the live tour, performing at some of the biggest festivals around the world: Ultra Music Festival - Seoul, alongside MIA and Far East Movement, Exit Festival - Montenegro, alongside Example and Jamiroquai... She was honoured to be chosen as the ambassador of the Gay Pride in Paris, headlining the main stage in front of half million people. 2015 Release of "Vay-K" featuring hip hop legend Snoop Dogg, produced by Duvall - 1/3 of Disciples ("How Deep is Your Love") with Calvin Harris - the single reached top 16 of the digital charts in Belgium, top 16 in Switzerland and top 17 of the radio airplay charts in France. She is privileged to have been one of the ambassadors of the Teleton in Guayaquil, Ecuador performing and raising over $1.5 million for the childrens charity during a live tv show diffused Latin America. 2016 Releases "I need a Miracle" a cover originally by Coco Star in the 90’s and remixed by Fragma. The song shot straight to No.1 in Belgium, No.1 in Portugal, top 18 in France, top 13 in the Netherland and top 10 in Italy. The single was chosen as the Europride anthem for 2016 and included in the #WeHelpU album to raise money for people affected by the earthquake in Italy. 2017 She hits the Latin American market with her first collaboration with the Spanish platinum selling recording artist Juan Magan on the single "Love Me" - which she featured on alongside the Mexican boy band Urband5. The day of the release, the song hit number 1 in Guatemala, Panama, El Salvador, Costa Rica and Paraguay. Worlwide release of Tara McDonald’s new single "Taxxxi". Tara McDonald set to smash the European clubs with 10 new remixes for "Taxxxi" remixed by the latest upcoming talents of the UK dance scene that reached top 7 upfront club charts, top 8 commercial pop charts and top 18 Cool Cut charts in the UK. 26.4.2019 Worldwide release of "Money Maker", a new collaboration with latin superstars Zion & Lennox. Multi-platinum, Billboard award winners Zion & Lennox are the most important duo in Latin America with more than 50 hit singles, 2 Billboard Music Latin Awards (Best Song and Best Artists 2016) and 1 Latin American Music Awards (Urban Duo 2016). At the top of the charts since 2010 releasing collaborations with Pitbull, Don Omar, Daddy Yankee, De La Guetto, Akon, Farruko, Manuel Turizo, Nicky Jam and recently “No Es Justo” with J Balvin which stayed at No.1 in Latin American charts during 18 weeks, they are now in the Top 100 most streamed artists in the world.